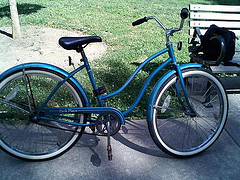 When I mention that I don’t own a car and haven’t even driven a car since 1999, people ask how I do it. I’ve only owned a car for 6 months my entire adult life so it seems more normal to me to not have one but I will write about how this is possible, you see, I decided to quit car driving when I found out a family member had died in a car accident, even though my family and I claimed for it and got justice thanks to the philadelphia auto accident attorneys the emptiness of losing someone special was never filled.

Of course, successfully being car-free is dependent on where you live and personal lifestyle choices.

I live in a big city

I live in Philadelphia. And when I say I live in Philadelphia I don’t mean I live in Media, King of Prussia, Springfield or any of the other suburbs. (It’s actually a big pet peeve of mine when people say they live in a city but actually live in the suburbs of it – it’s not the same thing at all). I live right in West Philadelphia (but I wasn’t born and raised here). Philadelphia has really good public transportation, although you will hear any Philadelphian complain about the corruption of the system, and there is a trolley line almost out my front door that can connect me to the subway, regional rail and almost anywhere I need to go.

My neighborhood has almost everything I need within 10 blocks so it’s easy to go where I need to by walking or riding my bike. My credit union, pharmacy, doctor’s office, food co-op, park, Farmer’s Market, indie bookshop, grocery store, kid’s school, library, thrift store, cafes and restaurants are all within 10 blocks and most are much much closer. Weeks can go by when I haven’t even left my neighborhood because there hasn’t been any need to do so.

Of course, if I lived in a rural area, which is my 10 year goal, then a car would be necessary.

I work at home so I have no need to commute to work. But … I didn’t have a car when I worked in a traditional office setting. A long time ago I made the decision that I wasn’t going to spend my life commuting and if that meant I would earn less money, then so be it. I don’t think I have ever lived more that 7 miles from work and that was before I lived in Philadelphia. I have almost always lived close enough to walk. Some jobs were a little further so I took the bus, which can be a pain because it seems like the bus gets you to work too early or too late but I got so much reading done by not driving. People at my office used to tell me that I was “lucky” to live so close to work. Umm … not really. I chose my apartment or job based on how close it was. Proximity has always been more important to me than money.

I rent an apartment so I have the ability to move closer to my job. I have never owned a home and have no interest in it. Well, I take that back – I co own a house and land in Vermont and my long term goal is to move there and fix the house up but that was an inheritance rather then something I set out to purchase. I have lived in the same apartment for quite some time now because of the price, location and school district but I love the feeling of being able to leave at any time. I don’t want to be tied down to the responsibility of a house. So, home ownership would make it more difficult to live close to work – you can’t easily get up and move.

I have made a conscious effort to shop locally and support my neighbors rather than shop at the big box or chain stores, such as Walmart, Target, and Home Depot. Since the big box stores are usually in the suburbs or city outskirts and you usually buy too much when you frequent them, a car is necessary to shop at them. An indie hardware store and tool library takes care many of the Home Depot needs and most anything that is available at Walmart or Target I can get somewhere else. Certain big items, such as a television or furniture are difficult to get new and locally without visiting a chain store but I haven’t needed anything like that in quite some time. One chain store I do go to occasionally is CVS. My local pharmacy doesn’t always have the item I need and I can get better prices on school supplies there. I try really hard not to go there but sometimes I have to. The one I visit is in my neighborhood so it’s still within walking distance.

But what about price? Yes, by shopping locally and avoiding chains you frequently pay more for an item but not always. Many items in my little pharmacy are the same price as CVS or lower and getting prescriptions filled there is MUCH easier. But other items will cost more. I decided I would rather pay more and have the money go to my neighbors and stay in my neighborhood then go to a big corporation that doesn’t care about my community. And, lower prices are usually only possible on the backs of low paid and exploited workers around the world.

Oh well that’s fine if you can afford it. I don’t have a lot of money. I’ve decided that paying more to shop locally and to buy nutritious and organic food was a priority to me. But then, I don’t have a mortgage, car payment, car insurance, or unnecessary cable television so the additional expense is negligible.

Knowing my neighbors. There is another advantage to shopping locally and knowing the members of your community. They help you when you make a mistake or something isn’t working properly. There is a little market up the street that I go to all the time. Sometimes I will go needing money and their ATM is down or I have forgotten my wallet. They will write down the amount on the receipt, let me take the items I wanted and l just pay them the next time I am there. I’d like to see that happen at Walmart. My co-op lets me pay in advance and then shop off of my balance. If I go over my balance, they will still let me take the items and pay it next time I am there. And the laundromat where I drop off my laundry always gives me a huge deal when I bring in blankets because I am there every week, am a good customer and almost always tip them. You aren’t going to get any of these things from the big chain stores.

Problems. There are some items that I can’t get locally and need to shop at bigger stores. My biggest problem right now is children’s clothing. I can get her summer and play clothes at the thrift store but her school has a dress code and I can’t find those items used. What I’ve started doing is buying most of her school clothes from Land’s End off season. For example, I buy school clothes at the end of the previous year when they are on sale. I do the same for bathing suits, winter coats and snow boots – I buy them off season and order the next size up.

I carry a backpack with another resuable bag stored inside of it. I am able to carry home books from the library, groceries, produce from the Farmer’s Market and most anything I purchase this way. I’m always prepared and this also keeps me from taking plastic shopping bags. Sometimes the bags are heavy but the walk is never too far. It will be easier when my daughter is a little older and can carry more. I do worry sometimes about how I will manage this when I am older but if I still live in the city I will probably be one of those push cart ladies.

Sometimes if I need to purchase a larger item or go somewhere that isn’t easy to get to on public transportation, I get a ride from a friend, rent a car or use Philly Car Share. When I rent or use car share, someone else always wants to drive, which is why it’s been so long since I’ve driven a car. For example, the only shore town that is easy to get to by public transportation is Atlantic City, which I don’t care for. So, if we want to go to the ocean we will rent a car to do that. Sometimes when I visit my family in Vermont I rent a car but usually I take the train instead. The train takes a little longer but is SO much more relaxing then being stuck in the car driving.

People often think that by not driving that I get chauffeured everywhere. It recently occurred to me, however, that I haven’t even been inside of a car since last September – not even a taxi. Obviously, I haven’t done any big item shopping or gone to the ocean this year but I truly do get by without a car. I will break this no car streak in a couple of weeks when my brother picks me up at the train station in Vermont and will use his car much of that week. But, I’m sure he will be the one driving ;-)

For many Americans driving a car gives them the feeling of freedom or at least the illusion of freedom. You can get up and go at anytime as long as you have the gas money. I’ve never felt that way about cars. I wasn’t even interested in learning how to drive when I was a teenager and waited a couple of years. I know that my attitude about transportation isn’t normal and that many people feel that they need a car and see it as an extension of their self. And while many live places that getting by without a car would be much more difficult than it is for me, I think everyone can drive less. Stop making all of the short trips and stop giving the big box stores all of your money.

So, that’s how I do it. It is mostly a combination of personal lifestyle choices and that I live in a big city. Since I’ve only had a car for a short 6 months (I bought it in Tucson, packed my belongings in it, moved to Philly, and then sold it) having one would seen odd. I wouldn’t know what to do with it. And, for me, not having a car has given me stronger ties to my own community.