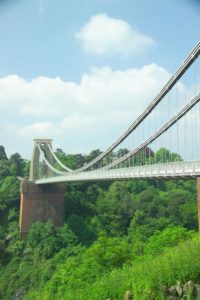 Yesterday my site had the most unique visitors ever and I was feeling like maybe I could be somewhat successful with it. Then, today everything went awry. I wanted to send a link to my Twitter Tools article and found that my site was not available. Since I was at work, I already had to click through Web”Non”sense to access it and my first impulse was that work had completely blocked my domain. I then realized that the suspension notice was coming from my webhost. I immediately started panicking: Is everything backed up? What went wrong? Why now after finally getting some traffic? Is my webhost going to reinstate me?

I then ran into my second problem. My webhost is also blocked by Web”Non”sense and I could not send in a support ticket. Since it was close to lunchtime, I live close to work and my boss was not in the office I decided to go home and see if this could be resolved quickly.

I got home and contacted my host who told me that my site had been suspended due to excessive server load and they provided me with log files that showed the problem. Surprisingly enough, it was not this site causing the problem but was a WordPress installation in a subdirectory for eleblog, my elephant news site. That surprised me because I’ve been running eleblog for almost 6 years and have not made many changes to it recently. I had, however, installed the Broken Link Checker plugin and thought that was the culprit. Anyway, I told my host that I would remove the problematic plugin(s) and they immediately reinstated my account. Once I contacted them, the problem was resolved in 30 mins so I highly recommend Total Choice.

I then disabled the Broken Link Checker plugin and downloaded the php file to examine it. I was perplexed because the code in the plugin file did not match the logs showing the heavy server load. Actually, I was a little relieved because this plugin saves me A LOT of manual work. I started downloading other plugins I had installed to determine the cause of the problem and finally discovered that it was the Related Posts plugin. This was also surprising because I have been using it for a year and had not been notified of high server usage before. Eleblog does, however, have almost 4,000 posts. I am not positive about this but I believe the Related Posts plugin has to search through too many posts (tags) to find the related ones for each entry. I have also had problems with this site being slow and realized that not only was the plugin using too many server resources but was also the cause of the slowness. I was relieved to find the cause of both problems at one time though I would have preferred to not have my site turned off and suspended for two hours in order to reach this conclusion.

This part of my site still uses the Related Posts plugin but I may remove it soon. There aren’t that many posts yet so it isn’t an issue but it is something that I will want to watch. I think that if I were to ever reach the traffic level and the number of posts that it needed to be removed it would be time to move to a dedicated server anyway.

So, if you are using the Related Posts plugin, are getting more hits to your site and are noticing slowness, remove the plugin. You don’t want to access your site and be faced with a suspension notice the way that I was this morning.

Keep Reading:
WordPress Helper: A Useful Firefox Extension
2 Ways to Like Add Facebook Like to Your WordPress Site
What To Do If Your Website Has Been Hacked?
Use the Contact Form 7 plugin to Add a Product to the WooCommerce Cart and Redirect to Checkout