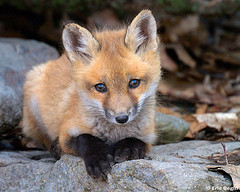 Recently, I came across a Firefox add-on called Capture Fox, which creates quick and easy screencasts of your screen or browser area.

In the past I’ve used Jing but I wanted to try this add-on since I don’t need to go to another site to use it.

Of course, one of the best programs for screencasts is Camtasia but I don’t make enough videos to justify purchasing it at this time.

END_OF_DOCUMENT_TOKEN_TO_BE_REPLACED Recently I wrote about some of the upcoming features in WordPress 2.9

So, since I know how to party over a holiday weekend, I decided to install the WordPress 2.9 beta version on my test server and take a look at some of these new features.

I was going to take a ton of screenshots and write another article, but I decided it would be more fun to make a video instead.

So enjoy my voice and listening to me trying to talk fast so I could fit everything in within 5 minutes.

END_OF_DOCUMENT_TOKEN_TO_BE_REPLACED

Recently I read about an Easter Egg in WordPress 2.6 and 2.7. After trying it out, I decided to record it and show it through a video rather than describing it. I’ve been wanting / needing to become more proficient with screen capture software so this finally gave me the motivation to do so.

I tested Cam Studio Open Source, which is free open source software, at first. I had a little bit of trouble with the settings – the text on the screen was all blurry when the video was resized. I later figured out what I had done wrong but had already tried creating the video with Jing, which a number of people recommended to me on twitter.

Jing is screencapture software for Windows and the MAC. And it is so easy to use. Just click and follow the instructions. Really! It’s super easy.