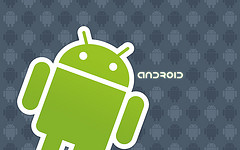 How quickly we can change our minds. Last Spring I left a comment on the article, Why I Refuse to Own a Smartphone, stating that I totally agreed, that I didn’t have one and that I didn’t want one.

Fast foward four months and now I have an LG Ally with Android on it. (no iPhone for me but that’s a another discussion for a different day – let’s just say I prefer open source to super proprietary. I even refuse to use iTunes.)

There are a couple of reasons why I did this.

Anyway … having no real experience with smartphones or Android I was a little miffed that the phone came with a tips guide but no real manual. I’ve been looking for the best online resources and decided to share what I have found.

I still don’t need or want to be always connected but I am finding the phone fun to play with and it does make some things easier. For example, after dropping my daughter off at school I can stop at the cafe for a coffee and go through my email without having to lug around my laptop or feel like I need to rush straight home and get to work. So far, rather than making me feel like I’m always available, it has made me feel a little bit more free.

Do you have a smartphone? Are you lost without it? What kind do you use? Do you like it?