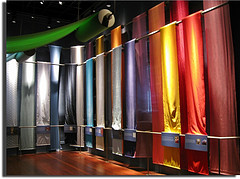 Almost a year ago I wrote about how a simple gallery could be added to a post or page using the WordPress Gallery Shortcode. At the time I found out about it because include and exclude were going to be added to later releases. It is now part of the shortcode.

You can not use include and exclude in the same shortcode – it has to be one of the other. The numbers being exclude are the attachment ID’s for each image that you don’t want to display. When I looked in the gallery, however, for that post I didn’t see any attachment ID’s.

It turns out that you have to get the attachment ID from the media library.

I typically add images through upload/insert when writing a post and not through the media library. It would be helpful if the attachment id was included in both locations. At any rate, this feature makes the simple image gallery included with WordPress a lot more useful.

Keep Reading:
Using WordPress for a Custom Facebook Page - Step 1: Make a WordPress Page Template
What To Do If Your Website Has Been Hacked?
Post Your WordPress Blog to Facebook with the PagePress Application
How to Include a Post on a WordPress Static Front Page with the Thesis Theme