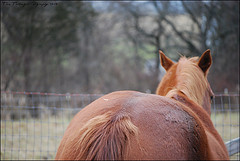 How did it get to be over 3 weeks since my last post?

I’ve read many posts saying you shouldn’t post to apologize for not posting. I’m not a big fan of rules like this – especially since it is my own site and I can do what I want. But, I won’t bother saying I’m sorry but, instead, will discuss what’s been going on the last couple of weeks.

END_OF_DOCUMENT_TOKEN_TO_BE_REPLACED

Happy Mid July! I’m been not quite myself lately – not out of sorts but lacking in my normal level of energy. I’m not sure if it’s post World Cup depression, even though my team won, or if it’s my upcoming birthday. If it were up to me, I would ignore the whole thing but my daughter, like most kids, loves birthdays and is going to want me to celebrate it.

I think I’m also really ready for vacation but I’ve got another month before that happens.

Anyway, this week I have loving the heat (ugh), freelancing and the phone, WordPress, and more.