In the top right of the admin bar in the WordPress admin, it says Howdy and then your name. I’ve never really paid much attention to it except when I want to log out and having nothing against the word Howdy, but some people want to change that text to say something else.

Here are some plugins that will allow you to do that.

END_OF_DOCUMENT_TOKEN_TO_BE_REPLACED I incorrectly assumed that it was common knowledge to not paste content from the microsoft office suite directly into the WordPress Visual editor but I encounter problems related to this issue so frequently that I thought I should do a quick write-up about the issue.

When you copy and paste content from Microsoft Word, it attempts to preserve the formatting and adds sorts of “ugly” formatting code into the WordPress editor. Frequently this results in the page not displaying properly in Internet Explorer. (It amuses me to no end that Microsoft’s web browser can’t deal with it’s Word Processor formatting code. For some reason Firefox is able to work around it.) So, someone will come to me and tell me that the formatting on the page is messed up or that the sidebar is in the wrong location. It isn’t actually a layout or WordPress code issue but rather that formatting code from Microsoft Word is affecting the layout.

END_OF_DOCUMENT_TOKEN_TO_BE_REPLACED

Happy November! Hope you’re not too full of Halloween Candy. And to my fellow Philly friends I hope you’ve started to come down from your World Series high.

This week we have information about Tweetdeck, a Train for Humanity article, memories of a grandmother, making your website recession-proof, some thoughts on Doctor Who, two of my new articles at Environmental Graffiti and Halloween photos.
END_OF_DOCUMENT_TOKEN_TO_BE_REPLACED 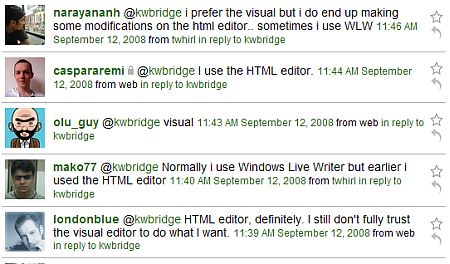 END_OF_DOCUMENT_TOKEN_TO_BE_REPLACED

Wordle is an online java based utility used to generate word clouds from text. The word could can be created from a block of text that you input, as RSS feed and from the tags used in a del.icio.us account.

The word clouds can not be saved to your computer but can be saved to the online gallery, printed or you can take a screenshot of your word cloud.

The word clouds can be customized by font, layout and color. The results are really quite beautiful

The following are screenshots I took of word clouds that I created over the weekend. 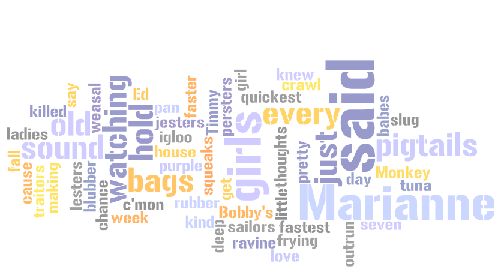 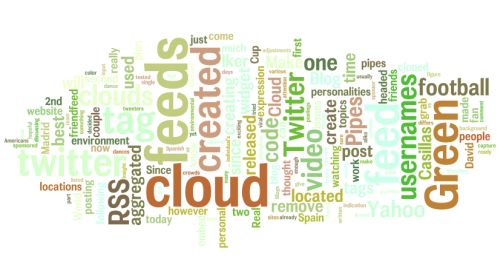 Newrest Funeral Home, a homeless encampment in Washington, has donated $16,000 worth of items to its various charitable organizations in recent weeks and the family has yet to reveal where the money came from.

The Salvation Army has used more than $1.4 million to help homeless families without homes in D.C., Maryland and elsewhere, while more than $800,000 has been donated, according to its Washington, D.C., office.

No funds have been listed on the Salvation Army, and according to the agency, no state agency has received any money to go to the area on the aid, and neither has the State of D.C., which has been named in the case.

“It might have been at the mall or our headquarters,” said Doug Hirsch, the director of homeless services at the D.C. Department of Housing and Urban Development. “It’s a very high priority. People are always ready for anything to come.”

Still, Hirsch said, it’s hard to imagine that D.C. is simply a haven for the homeless. “It wasn’t a place for them to go in the past — you know, they left. But it always comes with them. They’re constantly on.”