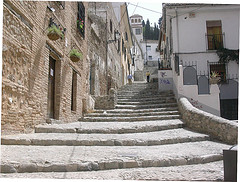 While I was really excited to move and I am all settled into my new apartment, there are some things that happened that I didn’t anticipate. And the main one has caused everything I do to take longer.

Learning and memory creation are done through the strengthening and weakening of connections between brain cells. This is why we don’t really have to think about things we frequently do like drive the route we take to work. Our brain already knows this information so it doesn’t have to work very hard. But, if we are driving somewhere we’ve never been, the brain hasn’t learned this information and has to work harder to process the information . We all know this although it never stops frightening me that it’s possible to drive a 2,000 lb vehicle while not really thinking about it, and still accidents could happen, more if the car fails, that’s why give it the right maintenance is important including the cleaning of the car, although there are services like a professional car clean which can help with this.

I’ve had to spend a considerable amount of time making new brain connections for the simplest things – where are the coffee mugs, where are the towels, where is the light switch, which key is for the front door, etc. All of these things were known from living somewhere for so long and all of these little things had to be relearned. This slowed me down much more than I anticipated. It was taking so much longer (when added together) to do the simplest tasks that it was a relief to go visit my brother shortly after moving. While his house isn’t mine and I don’t know where everything is, I’ve been there enough times that most tasks are automatic and I don’t really have to think about them.

Even sitting at my desk was awkward – it was in a new location and it everything felt different.

I knew the whole moving process would interfere with life and my work schedule but I really didn’t anticipate the amount of time it would take to relearn locations in my home and store them in memory so my brain didn’t have to work so hard. The next time I move, which I hope isn’t for a really long time, I am going to keep this in mind and add in even more buffer time so my hand can can learn to reach for a pen, a piece of paper or even a fork without my brain having to work so hard. I would find myself exhausted after a day of seemingly doing nothing when later I realized I was spending all of my time learning and creating new memories.

And let’s hope that I am quickly removing the old learned behaviors because I really doubt my brain has enough storage space for both.