One of the new features in WordPress 2.8 is the Syntax Highlighting in the theme and plugin editor. This was one of the features that I was eager to use as it would be more like the way I currently work. The syntax highlighter color codes the components of the code and numbers lines. It also includes a tag/code documentation lookup.

But I have to admit that I am a little disappointed. I’m not quite sure what I expected but I don’t like using it as much as I thought I would. After testing is for a couple of days I’m going to continue to pretty much work in my text editor, Notepad++.

Here are some of the reasons why I’m not all that excited about the new theme and plugin editor. 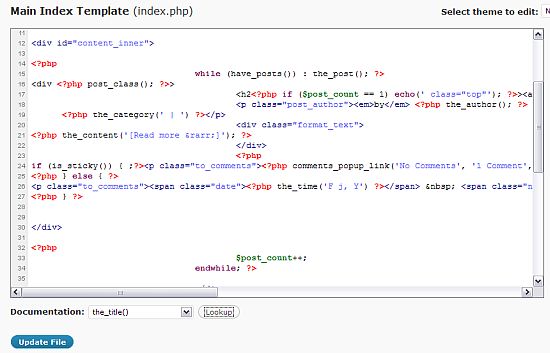 Don’t get me wrong. The new theme editor is a big improvement. I guess I just expected something magical. ;-) Or something that was just like Notepad++. I think my expectations were unrealistic.