A tumblelog is a type of microblog that uses mixed media, such as images, video clips and links, rather than longer article type posts used in traditional blogs. The best well known is probably tumblr. 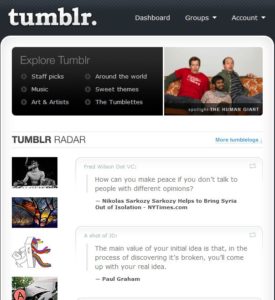 Tumblr can be used to lifestream by adding up to 5 feeds, such as flickr, del.icio.us, shared items in Google Reader and specific RSS feeds. When used in this manner, the feeds can be set up and then you don’t really need to think about it again. I prefer to use tumblr with posts, images and videos related to a specific theme. For example, I have one called From the Hip, which is about upcoming video games and includes screenshots and gameplay videos from games that I am currently playing. 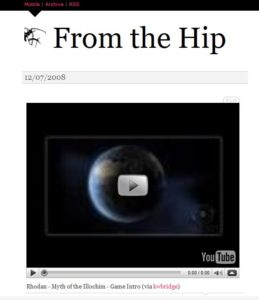 My friend, ronobvious, has a tumblr centered around politics and humor. When reading ronobvious’ tumblr, I often want to comment on something that he posted and have to email or IM him about it. I felt the only feature that tumblr was lacking was integrated comments.

By doing a quick google search I discovered the comments can be integrated into tumblr with Disqus. Disqus is an online service for managing comments. It is most commonly used with blogs but can also easily be added to tumblr. It is frequently used on blogs to enhance the community with threaded conversations and increased interaction and assists the site owner with comment management. Disqus is not currently used on this site as I do not currently have the traffic or number of comments to make management an issue. 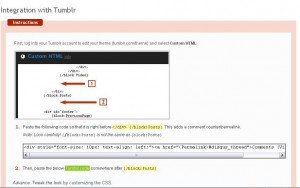 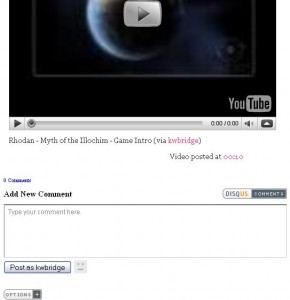 Note: A special thanks to andymurd for assuring me that it was easy to add comments to tumblr.

Keep Reading:
Full of Things to Say? Track Your Comments with Commentful
Share Your Blogging Workspace
Adding WordPress 2.7 Threaded Comments to your Theme
What To Do If Your Website Has Been Hacked?