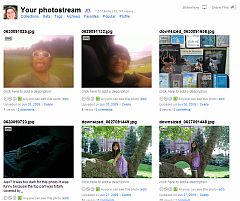 What do you think? Is this useful? I frequently send photos to flickr directly from my phone. Actually, I rarely use a camera to take photos – I always have my phone with me but I don’t always have my camera. Rarely though do I have the need to send a tweet of the photo at the same time. The Blog This button could be useful though, especially if a funny or unusual photo is located.

Keep Reading:
Twellow - Categorize Your Twitter Self
Following the World Cup on Facebook and Twitter
Green Tweeter Google Pie
I am not a Wordpress Exclude Categories Stealth Ninja