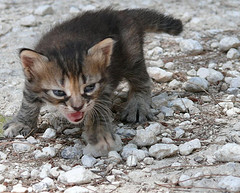 While I try to be a patient, tolerant and kind person there are a number of things that totally drive me up the wall.

Although many of my pet peeves are related to rude and inconsiderate things that people do rather than my own personality quicks.

Anyway, here’s the list of things that push me over the edge.

How about you? Does anything on this list really bother you? Or do you have completely different items on your own list of pet peeves?

Keep Reading:
Vacation in Vermont
2nd Anniversary Freelancing: 15% Custom Facebook Pages for Month of May
A Day in the Life of a Freelancing Single Mom
Spain Wins World Cup 2010