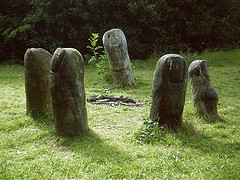 Since version 2.9 WordPress has supported Post Thumbnails, which are used to assign an image to a post so they can be used in different parts of the theme and are frequently used in magazine style layouts. Prior to post thumbnails, custom fields were frequently used to do this.

I used to use the Thumbnails for Excerpts plugin to improve the layout of my search results page and my archives. For some time I’ve wanted to use Post Thumnails instead but the thought of adding them to all of my older posts seemed like a daunting task.

Recently, however, I added Post Thumbnails to my theme and deactivated the Thumbnails for Excerpts plugin even though many of my older posts would not have a post thumbnail image. I’ve added an image to some of the older posts and I’ve been adding them to all new posts.

This morning when I was walking home from dropping my daughter off at school I was thinking about Post Thumbnails (do I know how to have fun or what) because I’ve been asked a couple of questions about them. I then thought maybe there is a way to set a default image so if you haven’t added one to a particular post the default image will be used. And, of course, I located a plugin as well as instructions for adding a default post thumbnail to your theme manually.

I did a quick test of the plugin, called Default Post Thumbnails (now, there’s a surprise), and it worked great.

Now when I go to my archives or search results page, posts without an image selected for the Post Thumbnail use the image with the rainbow that I selected. Here is an example of a search on the word facebook – if you scroll down, you will see that the oldest posts all use this image. 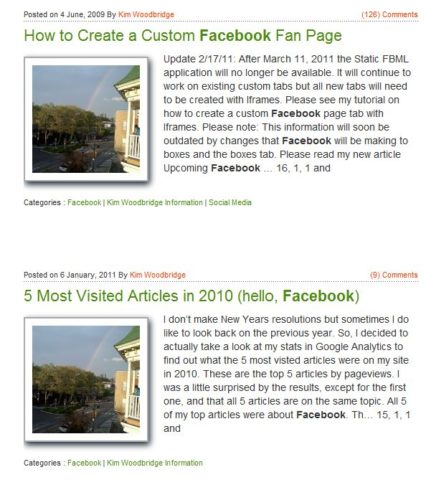 So, for now, my problem is solved. At least until I get motivated to add a Post Thumbnail to my older posts.

Do you use post thumbails? Has the issue for older posts kept you from using them? Do you think a default image is a useful solution?

Keep Reading:
Add WordPress Documentation for Your Clients with the WP Help Plugin
8 WordPress Spring Cleaning Tips: Backups and More
3 Ways to List Upcoming Posts in WordPress
How to Include a Post on a WordPress Static Front Page with the Thesis Theme