Last week I wrote about a way to filter the Facebook news stream by pagesby creating lists. It isn’t an elegant solution, but since Facebook made their last round of changes their isn’t another way to do this. It’s a shame because it used to work great. I think that Facebook needs to learn that “if it ain’t broke, don’t fix it”. And if it is broke, please listen to your users and at least attempt to fix it.

Anyway, in the comments, Ajith asked how to delete the lists that had already been created. This, too, had been moved in Facebook’s last update and the settings were not obvious. 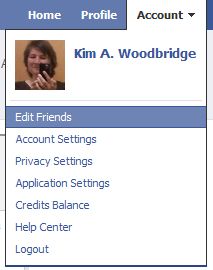 So, that’s how you find the new location to edit and delete lists that you have already created. You can create a new list from here as well.