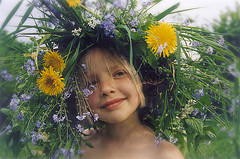 As you have probably noticed by posting here has become quite irregular.

I am halfway through the end of school and the beginning of camp and am trying to work while my daughter is home with me. And, of course, the end of May and beginning of June was pretty quiet with work but as soon as my time became limited the work came pouring in. I’ve had to schedule new projects for sometime in the future as I’m currently working on a number of projects in addition to fielding requests from my regular clients.

So, something has to give and rather than not spend time with my daughter I’ve decided not to stick to my posting schedule. If I had been thinking clearly I might have made this vacation time but as we always go away in August I didn’t want to take two separate vacations.

I usually start working at 6:30am and the kid gets up anywhere between 7:30am and 10:30am – I can’t seem to figure out her sleep schedule – she’s been staying up later than usual but that doesn’t always mean that she will sleep later. I have been trying to do the bulk of my work before she wakes up and then spend time with her.

July will be more normal. The kid will be going to art camp so I will have a regular work schedule again. In August, however, we are going away for a couple of weeks – I am really looking forward to a break from the computer and getting out of the city. As much as I like living in an urban environment, I am not fond of the city in the summer.

I have some things that I want to accomplish / work on with the kid this summer.

So, we are busy with life, fun and my big projects. Hopefully, my posting will become more regular again but I’ve decided that earning money and spending time with the kid is much more important than a posting schedule.

Keep Reading:
Vacation
First Year Freelancing - 12% off all Services for the Month of May
What Should I Read Next? Books Read the 2nd Half of 2010
A Self Portrait by My 9 Year Old Daughter