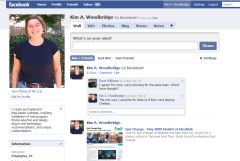 I used to use this application. But I stopped. And if you do this, I think you should stop too. I’m going to tell you why. If updating your facebook status manually is too much bother, then I’ll offer an alternative facebook application.

Occasionally my twitter and facebook updates will be in sync. I might think something is especially funny and want to share it in both locations or I might really excited about a football (soccer) match. But generally I have different messages for each platform.

If you feel that you must integrate twitter and facebook, then I recommend an alternative application. It’s called Selective Twitter Status. Only tweets that you end with #fb will update your facebook status. The rest of your tweets will just stay with Twitter.

Do you use Twitter and Facebook? Do you update your Facebook status via Twitter? Have any of your facebook friends who don’t use twitter ever complained about this? Do you think selective status is a better solution? I’m still going to update manually but I do think it’s a better solution.