There are some websites offering free or very affordable pc games online. Most of these are independent games, which can be more enjoyable than the current crop of $50 big publisher games. But some are also older games that are being given a new life and are being made available to download for a very good price. If you are sport lover and want to earn from betting, try for online sports betting.


If you are interested in video games, good deals, and not spending a lot of money, you should definitely find something that interests you in the sites listed below.

And if you’re not interested in video games, I’m sure you know someone who is. 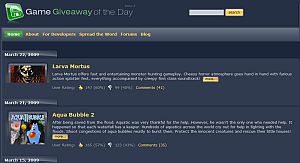 Game Giveaway of the Day – Game Giveaway of the Day is no longer an accurate name for this site as they only giveaway games on the weekends. It used to be daily but that changed quite some time ago. Most of the games are casual puzzle games but sometimes there are adventure, RPG and FPS games. The game must be downloaded and installed during the 24 hours of the giveaway. 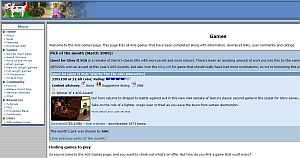 Adventure Game Studio – Adventure Game Studio is software used to make adventure games that are similar in style to the Sierra and LucasArts classics of the the 1990’s. Almost all games created with this software are available to download and play for free. Some are wonderful and some aren’t so good. You can set up a search for the types of games that you are interested in. The best way to get started with this site is to go to the pages for Award Winners and Picks of the Month – these are the best of the best. Currently the site is featuring a remake of Quest for Glory II. 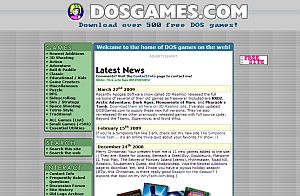 Dosgames.com – If you are feeling really old school this site lists over 500 free and shareware DOS games. Though the graphics can be outdated some DOS games are a lot more fun that newer ones. Due to the limitations of the available technology the story was very important. Getting a DOS game to run, however, can be tricky. 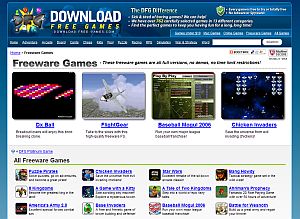 Download Free Games – This site has a section of free games that can be downloaded. It looks like many of them are also available at Adventure Game Studio but this is still a good listing. 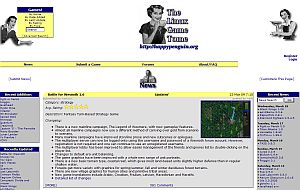 Linux Game Tome – If you’re a linux user, this site lists a number of free games for Linux. 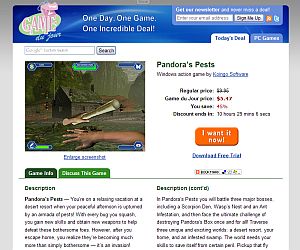 Game du Jour – This site sells a game for half price every single day. I’ve found a couple of good ones here. I subscribe to their feed and check it each day. 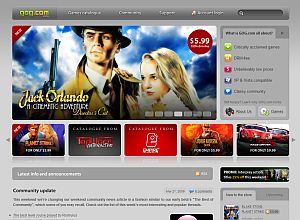 Good Old Games – Good Old Games sells DRM free, critically acclaimed games for download that are compatible with Windows XP and Vista for very low prices. They are adding to their catalog all the time and seem to run specials every weekend. Since I am a collector I already own boxed versions of the games in which I am interested but this is still a great resource and we need more publishers to get involved. 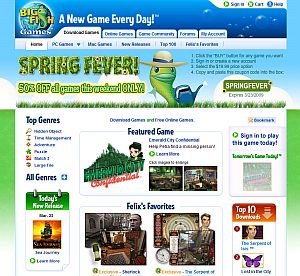 Big Fish Games – This is a personal favorite although regular priced games aren’t cheap. What is a good deal, however, is the game club membership. You agree to pay $6.99/month and you get the game of your choice for that price. And all other additional games that you want to buy elo boost or fast mmr boost in dota 2 are the same low price. Otherwise games are $19.99. They also send cool gifts to members like magnets, and a stuffed big fish. I really enjoy the hidden object games and this is the best place to get them. 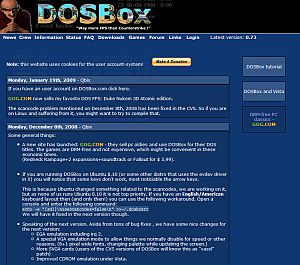 Dos Box – Dos Box is software that emulates an Intel x86 PC allowing older games, including sound, to be played on new computers. Since it is an emulator, there are Windows, Linux and MAC versions so old games can be played on just about any modern system. DosBox has a bit of a learning curve for non-technical types but I doubt those are the people wanting to play DOS games in the first place. ;-) 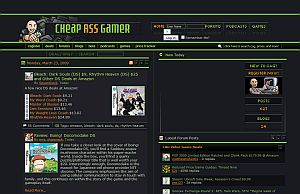 Cheap Ass Gamer – This site lists the online and in store deals on new games. Through them you can find out what games are on sale and what stores and get the best deal on the new game.