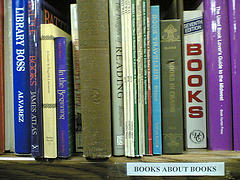 My yearly reading goal is 52 books or a book a week. I surpassed this in 2011 and read 95 books. Many of these were series that weren’t that challenging, such as the Sue Grafton and Jim Butcher books. I also became obsessed with Laura Lippman and ready everything she has written.

How about you? Did you read many books last year? Do you have any favorites? If interested, you can connect with me on Goodreads.

Keep Reading:
How to Encourage Kids to Read More - NOT
I Will Read Anything By These 5 Authors
What to Read: Books Read the First Half of 2011
What to Read Next: Goodreads Recommendations Can Help